Cordless screwdrivers are a must have for DIYers and professionals. These tools increase workflow while making tasks easier to handle. I started using electric screwdrivers over the standard drill about 10 years ago, and never looked back. Even simple tasks like removing outlet covers, fastening hinges to cabinets are all done faster with power tools. This brings me to reviewing the Milwaukee 2402 Fuel driver.

Milwaukee has brought out some amazing 12v offerings for 2019 which we will review in further detail. They have done a giant leap in both size and power. The engineers at Milwaukee have put 18v power into a 12v package while making it smaller and lighter. They did all of this without sacrificing power and extending battery life.

When it comes to tools the small things make a huge difference. One of the best features of Milwaukee power tools is the fuel gauge. It’s incredibly convenient knowing exactly how much charge is left in the battery. In the past especially with the introduction of Lithium ION packs they work until they are completely dead. There is no warning signs of when the charge is low. This makes estimating how many packs you may need or when to charge them. This is an oversight by companies, this definitely offers at-least minor improvements in productivity. Such a simple addition yet took so long for a manufacturer to implement. Milwaukee has carried this over to nearly every model in their lineup.

Let There Be Light

The second convenience of these tools is the LED functionality. The bright LED keeps the work area well lit. The LED stays on for 20 seconds after trigger release, allowing for you to never lose sight of what you’re working on. This is big plus for me, almost every manufacturers tools the LED goes off within 3-5 seconds. This always leads me to slowly depress the trigger to illuminate my work area in order to get back to business.

Milwaukee has in the past used brushed motors on all of their power tools. Which are not as efficient or as powerful as brush-less motors. The more economically priced Milwaukee M12 2401 uses a brushed motor. These motors require maintenance to keep them in peak working condition. This includes checking brush leads, spring tension and also replacing worn out brushes. This adds more work for the consumer at the benefit of saving a few dollars. By no means does this default the tool to the no buy category, this is simply something to keep in mind. The 2401 is still a great value and workhorse.

The latest driver offerings from Milwaukee notably the Milwaukee M12 Fuel 2402, have harnessed the power of brush-less electric motors. This driver coupled with their REDLITHIUM™ 2.0 battery packs provide a superior quality tool anyone would love to add to their arsenal. These batteries also boast the ability to be recharged more than twice as many times as standard lithium ion packs.

Their patented POWERSTATE™ Brush-less Motor supplies constant power output, and runs cooler with no wearable components. Spending a little more money will save you time something we all could use more of. Brush-less motors tend to have a lifespan which can exceed brushed by 10x and more.

The M12™ FUEL™ 1/4″ hex 2-speed screwdriver delivers increased productivity and insane performance in a small package. Equipped with the POWERSTATE™ Brushless Motor which provides up to 325 in-lbs of sustained torque. This allows for one versatile power tool for a variety of applications. This model features 2 speeds with a 1/4″ key-less chuck. You can get this as kit model number 2402-22 which comes with the tool, 2x 2.0aH batteries, charger and a case. You can also get the bare-tool model 2402 if you already own Milwaukee 12v tools.

The 2 speeds is a welcomed addition allowing you greater control for delicate jobs. Built into this tool is REDLINK Plus™ which allows for complete communication between the tool, battery, and charger. This among other things allows for the tool to operate at peak performance at all times. This feature also will shutdown the tool in the event of it overheating and overloads. To sum up REDLINK Plus™ you’re getting 20% more power, more work time, and longer battery life. Did I mention these tools run incredibly cool?

I couldn’t wait to test the abilities of this power tool. From the very moment I seen this tool I knew I had to get one. I have a bad habit of seeing new tools and immediately ordering them. I decided I wanted to start with a task which will see the most usage of this tool, driving screws. Driving screws is a routine job and some jobs require a lot of power and endurance to complete. I wanted to see how many screws I could put into a board on a single charge. I grabbed the 2402 with the 4.0aH battery pack and got to work.

The result? I was able to drive 267 3″ deck screws into a 4 by 4 on a single charge. This was total shock to me coming from a 12v tool that was 1/3rd the size of my go-to for this task impact driver. Comparing this to the record of my DeWalt DCF610S2 12V Max on a single battery there was no contest. Granted the DeWalt has a 2.0aH battery. The DeWalt didn’t even manage to do 1/3 of the screws. In terms of shear power of driving screws the Milwaukee hands down kills the DeWalt. This wasn’t meant to be a comparison test between the two, just a review of the 2402 driver itself. However I felt the need to compare this beast to a similar cordless driver.

Back to the 2402, this thing drives screws incredibly fast with accuracy. Milwaukee has the 2 speeds rated at Low: 0-450 High: 0-1,700 keep in mind these are no load speeds. The grip on the driver is very well designed. Leading to repeat-ability, and for tasks that make you feel like a robot this is a godsend.

The ergonomics of this tool are amazing, it’s like it was designed specifically for my hand. The grip is so comfortable and balances the tool perfectly, allowing me to apply generous force to the fasteners. More importantly the grips angle greatly increased my ability to maneuver the tool in tight spots. All of the tests I did with this tool the angle and shape of the grip allowed for hassle-free operation.

Shockingly the 2.0aH battery will allow the tool to stand upright on it’s own. This was a concern for me as I frequently put down tools while working. I prefer not to lay tools down I’m more efficient when things are easy to grab. Granted it’s not as stable as the 4.0aH which features a larger flat bottom. The smaller 2.0aH battery does allow me to get into much tighter spaces and saves on weight. I believe both have their usage and am glad to have the option of either pack.

If you’re in the market for a compact powerful do it all tool, the Milwaukee 2402 Fuel is for you. This is a very capable tool for professional and home use. I would recommend this tool to anyone looking to replace their toolbox full of hand tools. It performs well in both delicate and harsh applications. This is a must have in anyone arsenal. The icing on the cake is the M12 ecosystem is already vast and continues to grow every year. This allows you to utilize the same batteries in a number of wonderful tools. This is a simply just buy it tool. 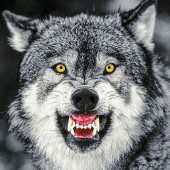